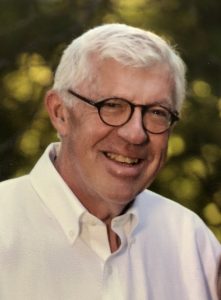 Creath S. Thorne began his career as a Legal Clerk at the 8th Circuit Court of Appeals before going into private practice in 1984. In 2000, he opened the doors of his law practice in St. Joseph. For almost two decades, he has handled almost 5,000 cases on behalf of his clients. As evidenced below, Creath’s vast experience allows him to approach any legal matter from a practical and knowledgeable perspective.

A St. Joseph native, attorney Creath S. Thorne was a college professor for many years before going back to school to get his law degree. He currently has the highest rating possible from Martindale-Hubbell, the AV Preeminent rating, which is an honor enjoyed by only the top 10% of the nation’s attorneys. During his career, he’s handled cases and filed briefs with the US Supreme Court, the Mississippi Supreme Court, U.S. Court of Appeals, Eighth Circuit Court, and the U.S. Supreme Court. Creath S. Thorne remains deeply committed to providing St. Joseph’s individuals, families, and businesses with professional and affordable legal representation, and he looks forward to many more years of serving the people of Missouri.

Access or use of this website does not in any fashion constitute legal advice or form an attorney-client relationship.